TAPPING INTO OUR GOLDMINE: find a vision, leaders and a great story

A local farmer once told me that we have, here, an "I'll-cut-your-hair-you-mow-my-lawn" mentality. To grow and prosper we need to escape that mindset and look beyond our borders. Further, I think we’re sitting on a goldmine – our own people. We just have to learn how to tap into it. 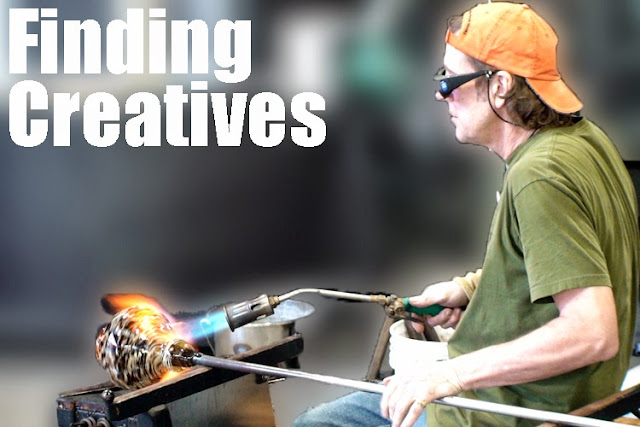 WHERE ARE WE NOW?

In the three decades since deciding to make rural Nova Scotia my home I have seen rural decay. Let's sample my checklist.

Our resource sector (fishing, farming and forestry) has been in steady decline. When your economy relies on agriculture and a small number of industries you leave yourself vulnerable.

There exists fierce global competition in manufacturing. The time for chasing smokestack and big industries are over -- think Glace Bay, Port Hawkesbury, Shelburne County, and Yarmouth.

People are leaving in droves, with rampant out-migration of younger people to urban areas and other provinces. Economist Richard Florida tells us that cities have strength, efficiency and opportunity in numbers.

We seem to have a tough time retaining post-secondary level talent. Is it any wonder when real jobs lie elsewhere?

WHERE DO WE WANT TO BE?

Destination tourism consultant, RogerA. Brooks, states that too many communities use the "shotgun approach" -- do a bit here, do something over there, fix this, patch that.

I have good news and I have bad news.

The good news is that each community CAN draw up a vision, something that sets it apart and attracts "outside dollars". The bad news is that visions can be as varied and unique as the people who live in the community. You cannot be all things to all people. Pick one.

HOW DO WE GET THERE?

First, we need to get off our ass and do something. Events such as The Georgetown Conference is a step in the right direction.

Next, we need to do three things: seek the right leaders, movers and shakers; build a culture of creativity and innovation; and, grow from within.

Strong leaders (catalysts), whether they be individuals or small groups, can read the sentiment of their community, can craft an exciting vision, seek collaboration and help, and have a knack of getting things done. Alongside these catalysts we need "accelerators"; those individuals or groups that share the catalysts' vision and are in a position of authority or well-being to scale up and propel the catalysts' efforts.

CULTURE OF CREATIVITY AND INNOVATION

In his research, economist Richard Florida found that, these days, creativity and innovation drives development and having a central, physical location for creative, innovative people to gather is key. He tells us we need to foster talent, diversity/tolerance, and technology.

Further, as Canadian media celebrity Shaun Majumder stated at the Georgetown Conference when referring to communities as small as his Burlington, Newfoundland, hometown, don't underestimate the power of the story to tell the world about your culture and projects.

In an article on the global giant, Google, The Economist once reported that " ...most of Google's novel ideas come from people embedded in the company's core operations ..." and that to remain competitive it had to hang on to its talent pool. Maybe rural communities can learn from this.

I came across an interesting concept a while ago called "economic gardening”, pioneered in Littleton, Colorado, in 1989 (and promoted in Canada here). Their approach resulted in a 71% increase in employment and a tripling of sales tax revenues with no corporate incentives or tax breaks. Their solution came from tapping into their own people and helping them explore and understand markets, competitors, customers and trends.

Through the pioneering efforts of Dan Taylor, rural Prince Edward County in Ontario tapped into its people, culture, and strengths, and looked to its customers. Within about ten years they grew at a rate faster than that of Ontario or the rest of Canada.

Let's put out a clarion call. Let’s find, nurture and reward those who create and innovate. They are often under-the-radar, but they do exist. They are the ones who can build our communities. They need our support.

You found a way to quadruple tourism or the number of small businesses in your area? You made a promotional YouTube video that went viral? You could develop a culinary outpost?

There are many possible solutions out there. We need to pick carefully, follow the true leaders in our communities, work together, and build on our inherent strengths.

Finally, my father once told me "I judge results, not promises". Let's make results and head out on our own roads to Georgetown.

Thank you for contributing comments to CreativeRural.